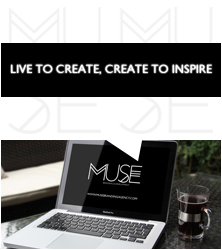 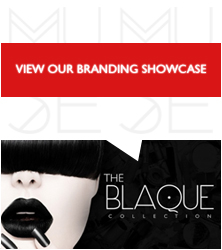 MUSE BRANDING & DEVELOPMENT
We live to create & create to inspire.

We brand from the inside out! Our mission is to invoke passion, sharpen brands, enhance your customer's experiences, and cultivate your brand’s story. We are a group of brand specialists, all in our designated fields, committed to illuminating and strengthening our clients' luxury and/or creative brands. We accomplish this through the means of brand inventories & uniquely crafted plans of action to ensure sustainability and longevity. MUSE will not only map the building blocks of your vision, but also identify and bridge any gaps. Whether you want to establish your signature brand, or take your brand from PHENOMENAL to LEGENDARY, MUSE is equipped to meet your Branding & development needs.

PHILIPPIANS 1:6: being confident of this, that he who began a good work in you will carry it on to completion until the day of Christ Jesus.

MUSE is devoted to helping their clients attract and hold an audience, by uniquely crafting the clients' influence with targeted brand management.

MUSE specializes in heightening the value, desirability, quality, and attractiveness of their clients' brand(s).

MUSE's dedication and expertise provide a means to make opportunities for their clients not only possible, but abundant.

MUSE thinks with the end in mind and gives direct attention to the sustainability and future impact of their clients' brand(s). WE SEE THE BIGGER PICTURE

BRAND IDENTITYBRAND STRATEGYBRAND EXECUTION
Who you are and who you will become.
Develop a plan of action.
The plan in action; maintaining your brand. 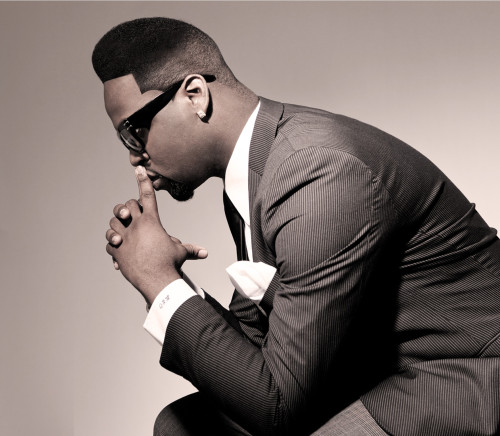 Phenomenal. Talented. Intelligent. Passionate. Determined... Those are only a few of the words that can accurately describe P.J. Owens. PJ is a native of Philadelphia, where he began his artistic career. From early on, family and close friends were able to recognize PJ’s budding talents; he began making his mark in the Philadelphia gospel industry at the very young age of 3, singing in churches throughout the tri-state area, and sharing his gift with everyone around him.

2004 proved to be an exciting and meaningful year for PJ, with the vision and inception of Beyond Prayze Music Group. During that time Pj had an opportunity to share the stage with various prominent gospel artists and groups such as Tye Tribbett, Jason Nelson; and Hezekiah Walker & The Love Fellowship Tabernacle choir just to name a few. Pj also had the opportunity to go beyond the traditional gospel realm, with performances at several colleges, and a special performance for Philadelphia Congressman Chaka Fatah at the Benjamin Franklin House. In July of 2006, Pj Owens & Beyond Prayze recorded their first CD project “Kingdom business, Kingdom Authority”. The Album was released in the fall of 2008 and garnered such hits as “I Won’t Get Weak” and a household favorite, “I Can’t Live”.

In 2007, PJ founded the Kingdom Agency graphic design studio, which rapidly gained a large clientele, including on air radio personality Moshay Lauren, Gospel Recording artist Earnest Pugh, Dr. Juanita Bynum, and a number of companies, organizations, churches, and artists around the world. Soon after, PJ realized that the company was much bigger than just graphic design and decided to expand the business. As a result, Muse Branding & Development Agency was born. As a young entrepreneur on the rise, Pj’s main goal is to inspire and motivate people to invest in their Legacy.

Notice: Due to COVID-19, please expect items within 2-3 weeks after placing orders. Dismiss